thumbs up, thumbs down

Because you all need to know my opinions on shiz, right? (And they're not all complaints this time.)

1.) SmartWool socks. Thumbs up.  I don't have much circulation in my feet, I don't think, and they get very cold.  Recently I saw someone somewhere praising SmartWool socks as indispensable for surviving winter and it reminded me that I do have an old pair that came from I-don't-know-where but that are, indeed, the bee's knees.  So I decided I should really get some more.  The price for them is, however, alarming.  So I started looking for them at Marshall's and TJ Maxx, etc, with marginal success.  The discounted price ain't cheap either. But they are worth it. Then yesterday I was at Nordstrom Rack with a friend (to whom I had to explain why these socks are the Holy Grail of hosiery) and they had one pair in my size for 50% off retail. Score. Took them to the (male) cashier who asked excitedly if they were men's or women's.  He was crestfallen that they were women's. "I kept waiting for us to get them in and we didn't and I had to go to REI and pay $20."  I felt vindicated, because I think my friend didn't believe me these socks were a Big Deal until that outside confirmation, lulz.

3.) Naked Juice Green Machine. Thumbs up with shame. So, my one co-worker who shares my interest in "health" and "fitness" got a case of mini bottles of these at like Costco or the like and kindly brought me one. I am now sadly addicted. I say sadly because I don't have access to a source of mini bottles, so I'm buying the big ones which are a.) two servings but of course I drink it all and b.) like 3 bucks a whack.  It's fucking ridiculously delicious though. Mainly because it's apple and mango juice with a teeny tiny miniscule bit of kale to make you think it's good for you.  I keep telling myself it's obviously like 4 servings of fruit and vegetables so TOTALLY worth the 270 calories and three dollars. But even I don't believe myself and I want to be deluded about this. 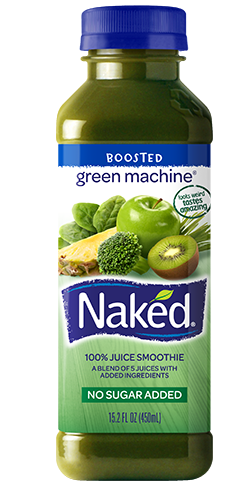 4.) The Slutcracker. Thumbs mostly up.  Went to see this the other night with some** work friends and while the night had a damper on it for other reasons (weather was sucky, a couple of people who were planning on coming had last minute emergencies, and the host of our pre-show dinner party is going through a breakup), the show itself was on the whole fun and well-performed. What makes it germane to the blog is that it's burlesque and burlesque means there were a variety of mostly-unclothed body types.  I had to put away some of my preconceived prejudices about how skilled a dancer a 250 pound woman is going to be. I mean, I know saying that out loud (well, typing it publicly) makes me an asshole. But while I know fat people can be good athletes (see: many many powerlifters and Pablo Sandoval), I have to admit I don't visualize them as dancers. Which is obviously a stupid and wrong-headed prejudice and I now know that. So seeing a bunch of naked people perform a dirty ballet was good for my moral and ethical development.***

**Some. My more devoutly religious co-workers stayed home. And maybe prayed for our souls. Or bitched to their friends about having to work with a bunch of deviants. One of the two.

***See, religious co-workers? It was practically like going to church.

Posted by malevolent andrea at 10:31 AM

I'd like to tell you that I lift things up and put them down, but lord knows, that joke's gotten old already. [Not that that's ever stopped me before. Ahem.]
So, instead, let me just welcome you to the little corner of the universe where a middle-aged chick with a wicked Boston accent, a bodymedia fit, and a tragic inability to take anything seriously discovers she loves lifting weights, plods on towards the Linda Hamilton Terminator 2 arms of her youthful dreams, and learns to love her Bulgy Polish Catcher's Thighs. Muscles and irreverence for everyone!
xoxo
Andrea 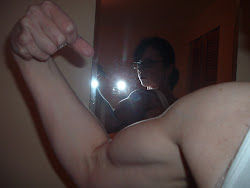